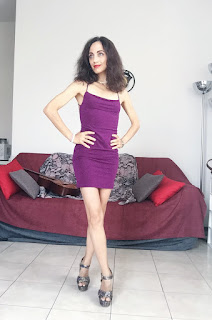 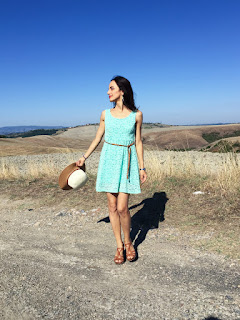 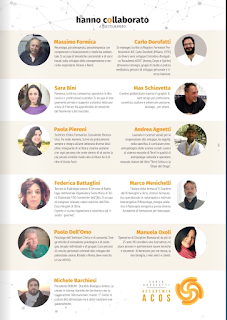 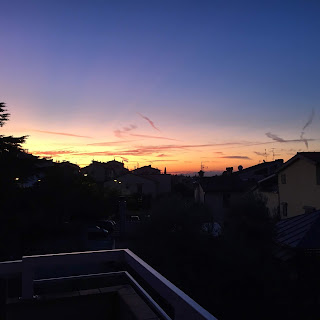 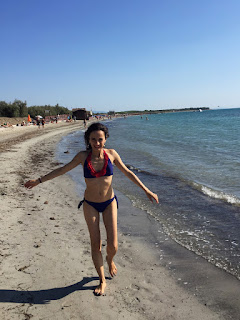 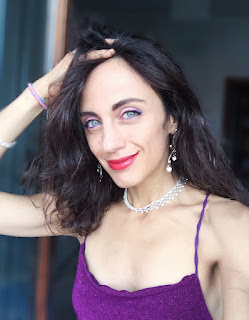 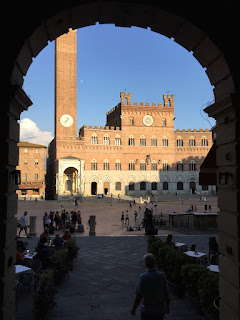 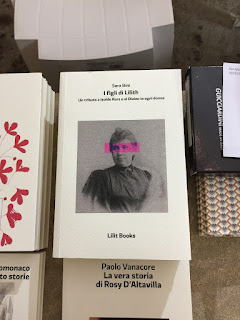 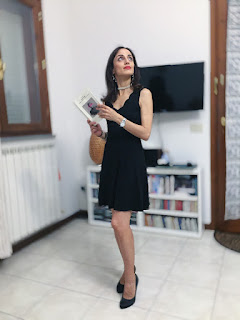 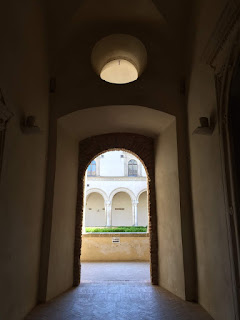 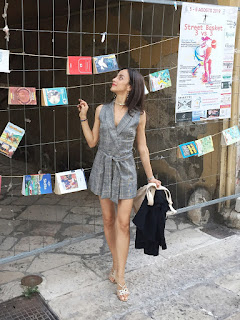 WOMAN, KNOW YOURSELF: the return of Lilith and her children (2)

“I didn't want protection or even the usual "getting happy". I wanted to realize myself to the last chance, both through joy and through pain.”(Isolde Kurz) 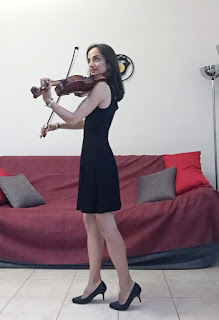 However, Lilith and Adam, in their brief idyll, have also conceived a child, who is destined to carry on the evolutionary work begun by his mother. Whenever his half-brothers, Eve's children, find themselves at a turning point in history, God will send this blessed child back to Earth in various garments and incarnations: artist, leader, philosopher, scientist... in any case a guide and light for the deviated humanity.
So what is the message of this poem for us? Who is this new Lilith and who are her children? 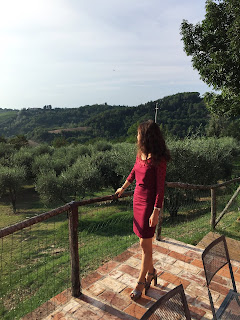 Isolde Kurz's Lilith is the emblem of an emancipated femininity and at the same time she’s not in contrast with the man: this is possible only if the woman can skillfully harmonize in herself her own feminine and masculine aspects. "Woman, know yourself" could be Lilith's message for contemporary women. This means: explore your passions, cultivate your talents, realize your potential, whether as a mother or as an artist, as a scientist or as a cook... but above all, don't let others dictate what you have to be. Learn to separate the gold of who you really are from the lead of social conventions, from the frustrations and illusions of mothers and grandmothers, from the fears and inhibitions of centuries of patriarchal society, from the unconscious search for Prince Charming and the White Mill Family. 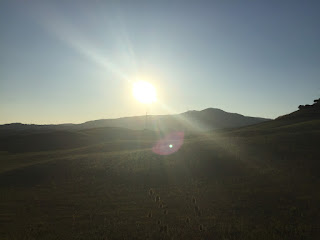 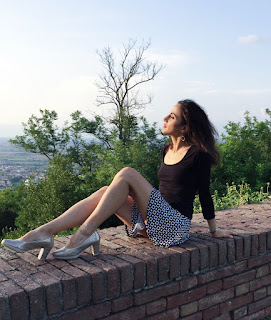 In today's landscape of constant violence, mortification and brutality, my wish is that the Feminine quickly resurrects in all her powerful beauty and subversive splendor.  It will be precisely her strength of renewal, her capacity for empathy and her innate gesture of love that will bring comfort and redemption to Life on this planet, healing its wounds and restoring its fullness and harmony. 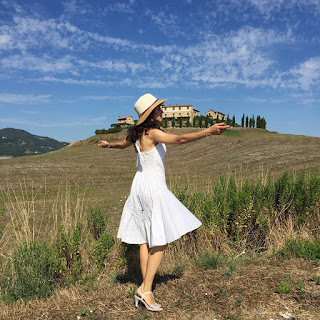 FALLEN FROM THE SKY: the return of Lilith and her children (1) 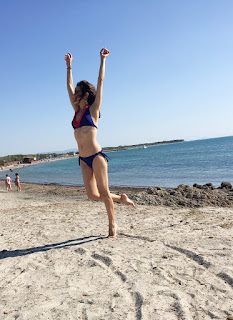 A few months ago, seventeen years after it was written, I published my university final essay, which consists of the translation and commentary of an unknown German poem, "The Children of Lilith" by Isolde Kurz. This German writer, who lived between the nineteenth and twentieth centuries, does not stand out in the Olympus of German literature and is mostly known for her novels set in the Florentine Renaissance. 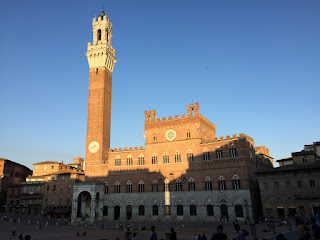 Fallen from the sky

The work "The Children of Lilith" literally fell onto my head as I wandered confused and a bit discouraged in the meanders of the municipal library of Bonn, trying to understand why my initial project of an essay on Novalis was not proceeding as I had hoped. Evidently I had to come across Isolde and her little epos because, once I decided to devote myself to "The Children of Lilith", the work flowed smoothly and brought me maximum academic results. 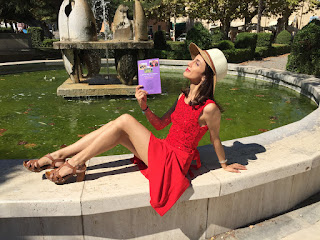 The innovative scope of Isolde's poem consists above all in its original reinterpretation of the myth of the black Lilith, the container par excellence of all the dark sides of the Feminine. According to the myth, Lilith is the first woman of Adam, created with him and not later by his rib. Refusing to submit to the man, she stands as a symbol of the female rebellion and, in some versions of the myth, even comes to oppose God himself.
Consequently, in a fundamentally masculine and patriarchal culture, she could only become a bloodthirsty and disturbing demon, repressed in the underworld of the collective unconscious. Even women are somehow afraid of her, because she represents the powerful, seductive and intimately revolutionary side that they are not able either to contact or even less to develop harmoniously in their personality. 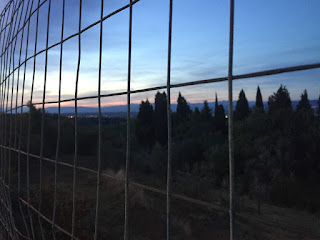 Isolde, while maintaining the strength and the eros of this figure, overturns completely its traditional meaning: from an inferior tempting demon Lilith becomes a bridge between man and divinity, a sort of spur for human evolution destined to take place at ever higher levels. On the other hand, in this epos, Eve is the creature of Lucifer, as an empty projection of the lowest male desires for lust and omnipotence. Adam, as we know, is not exactly a champion of integrity or willpower, so Eve has an easy time and Lilith can do anything but return to God's embrace.
We already know the rest of the story, although it is now clear that the original sin for Adam was not so much eating that terrible apple as rejecting his own divine origin and mission symbolized by his first love Lilith. The children of Eve and Adam are therefore a degraded race, a humanity that follows in the footsteps of their parents: slaves of sensuality, greedy and attached only to material goods, blind in hatred and lies. 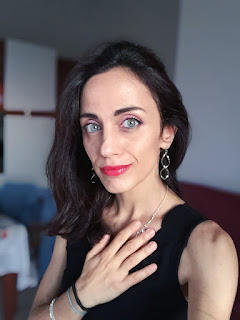 "Listen,–perhaps you catch a hint of an ancient state not quite forgotten; dim, perhaps, and yet not altogether unfamiliar, like a song whose name is long forgotten, and the circumstances in which you heard completely unremembered Not the whole song has stayed with you, but just a little wisp of melody, attached not to a person or a place or anything particular. But you remember, from just this little part, how lovely was the song, how wonderful the setting where you heard it, and how you loved those who were there and listened with you."(ACIM) 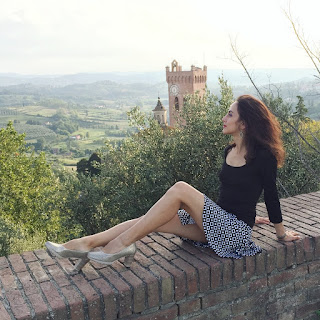 This is the first poem in my lyrical collection "Sehnsucht - Nostalgia dei Senza Terra' published in 1997. It includes poems written when I was a teenager. 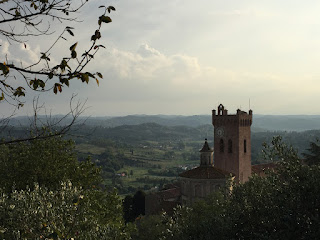 Because she came from another world
Soul in chains

The Spirit of the Valley
was shining in her eyes. 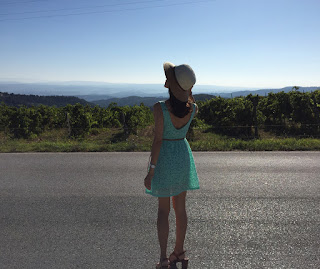 LOVE AND THE SCORPION - Overcoming the fear to love

"With all due respect, those who only live by instincts and instants, I prefer to have them distinct and distant." (Sara Bini) 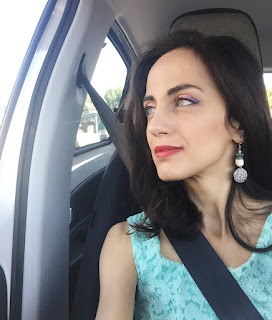 Despite the title, this article is not an astrological disquisition on the couple affinities between the zodiac signs. Rather, I would like to talk about the ability and willingness to love, a virtue and an art that, through a thousand vicissitudes, hopefully will lead us to unite heart and brain, feeling and reason, emotion and planning. I know, I am an incurable idealist and optimistic, but I tend to have confidence in the human being, a confidence mostly confirmed by most of the people around me. 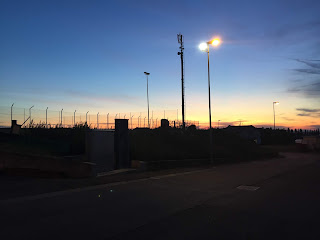 Just yesterday I was talking to a friend, a man of great heart, intelligence and culture, about the effects that relationships - and sometimes inevitable disappointments - can have on people.
"You know Sara," he said, "I'm afraid that after all the times I've opened my heart and been stabbed, the right person will come and I won't be able to love anymore.”
A justified fear, if we start from the common assumption that, in giving love, in a certain sense I empty myself and 'lose something'. In fact, when our heart is quite pure and mature, we can begin to realize that loving is primarily a nourishment for ourselves. 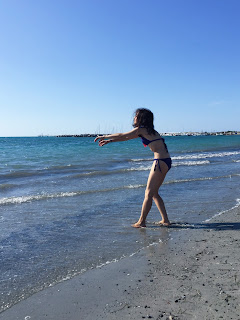 The dedication, generosity and willingness that we set in motion to sustain this noble feeling are energies that we evoke in ourselves and that therefore pass through us, illuminate us and heal us. They fill our lives in spite of what the person concerned will do with them, who will in any case act according to their degree of understanding and awareness.
If unfortunately, then, the relationship produces stagnation and suffering in us or in her/him, it is not an obligation to insist. A human being worthy of the name, after the initial upsets, is able to love someone even without sleeping with them. You can lose a person, but you do not necessarily lose the steps taken to experience a love as intimate and authentic as possible. 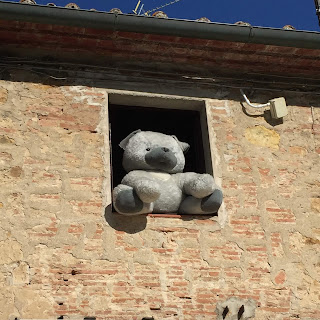 Following these reflections, my friend told me about the Zen parable "The Master and the Scorpion" which I report in full because, in my opinion, summarizes the essence of our conversation on these issues:
"A Zen Master saw a scorpion drown and decided to take it out of the water. When he did, the scorpion stung him. Because of the effect of the pain, he left the animal that again fell into the water about to drown. The Master tried to pull it out again and the animal punished it again. A young disciple who was there approached him and said, "Excuse me, Master, why do you continue? Don't you understand that every time you try to pull it out of the water it stings you? “. The Master answered:
"The nature of the scorpion is to sting, and that will not change mine which is to help.” 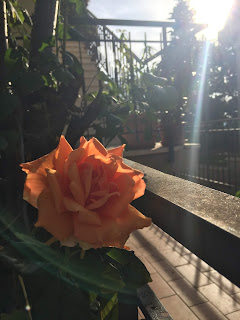 Then, with the help of a leaf, he pulled the scorpion out of the water and saved his life, then turning to his young disciple, he continued: "Don't change your nature: if someone hurts you, just take precautions, because men are almost always ungrateful for the benefit you are doing to them. But this is not a reason to stop doing good, to abandon the love that lives in you. Some pursue happiness, others create it. Worry more about your conscience than about your reputation. Because your consciousness is who you are, and your reputation is what others think of you. When life presents you with a thousand reasons to cry, show her that you have a thousand reasons to smile.” 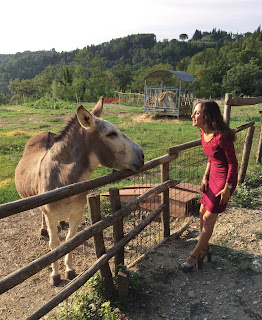