I THOUGHT IT WAS LOVE, BUT IT WAS JUST A STOMACHACHE (1) - Pensavo fosse amore, invece era gastrite

There was a time when I regarded multiple gastrointestinal attacks as a clear sign of spiritual progress. (Sara Bini)

For reasons I don’t yet understand, my mind and body comunicate in a mysterious and melodramatic fashion. That is, I somatize a lot. Since I’m not that smart in decoding my body's messages, I’ve had some mishaps along the way.
Here’s how it happens: although my  physical energy and emotions are hard-wired to each other, my self-awareness has a mind of its own. Under stress, it tends to fly to the highest reaches of Plato’s Hyperuranium and easily forgets the ground floor of my being, not to mention the cellar. When my consciousness tired of the intellectual stratosphere and grudgingly reinhabits my flesh and bones, I always feel a bit bewildered — with the result that I mess everything up. 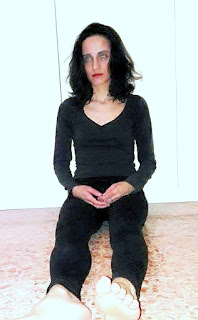 An example is the sharp conclusion of a romantic relationship which I considered the most important of my life. (By the way, I believe that each and every sentimental involvement is of supreme importance, at the time.) At the end of that romance, there was the usual full bloom of heartaches, bursts of anger, feelings of gloom, and plans for transcendental revenge to be achieved via psycho-terrorism. However, what bothered me the most was a sensation of resentful emptiness in the belly, which prevented me from eating.
It was natural to blame my involuntary fast on the superhuman grief that my highly evolved soul was heroically enduring. So I was surprised when my doctor, apparently fed up with my endless complaints, simply prescribed Mepral: anti-gastritis tablets. Though skeptical that a mere medicine could resolve the agonizing pains of an Olympian passion dashed to earth, I decided to take the tablets in a momentum of magnificent cupio dissolvi — hoping that I would melt into nothingness along with the medication. 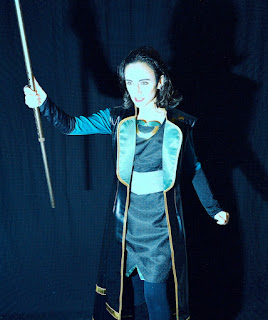 Surprisingly, after taking the tablets, not only the physical pain but also the mental distraction, resentment, and perpetual mourning all vanished. It was as if, by interrupting the vicious circle of stomach pain and obsessive thinking, my whole being started to breathe again. My body was suddenly fine, so why shouldn't my mind be fine too? The sense of emptiness disappeared and I started to eat with gusto again.
Don’t get me wrong: I don’t mean to say that prescription tablets are always the ultimate cure for heartbreak. I’d just like to underline the importance of stopping the wicked mind-body mechanism wherein a physical pain calls up specific emotions and beliefs that, in turn, make you sick to your stomach. We must intervene somewhere in this self-destructive cycle, and sometimes the breakthrough may be more chemical or mechanical than our self-importance would lead us to expect. 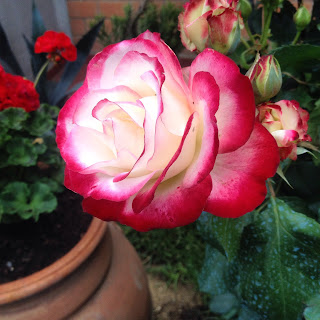