M: “You’re just too pretty not to have a boyfriend”
S: “…And I’m just too smart to have one” 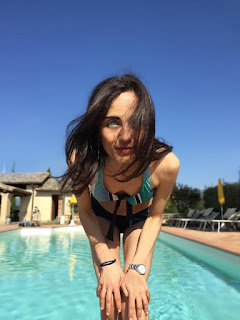 Here I am through the eyes of my dear friend Manuela Bollani, an extraordinary person, an excellent artist and a precious soulmate. This is her preface to my book "The Children of Lilith. A tribute to Isolde Kurz and the Divine in every woman”:
"When I saw her enter the classroom, she immediately attracted my attention. She was secluded, immersed in books, very concentrated and very busy taking notes. I was honoured to be able to speak to her, and she made me curious about all that energy in such a minute body. 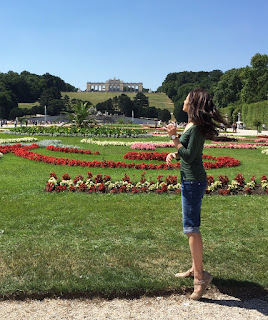 I soon realized that she possessed a characteristic that would irreparably distinguish her from all the other students of that faculty (and not only): she was studying. Or rather, she was able to keep up with the study. I don't know how many other university students had ever possessed this particular talent. In practice, she didn't just study the last month before the exam. No, she kept up with the topics and, as they were explained in class, studied them in the books. After a few lessons I saw her read (underline, even) the manual indicated in the exam program, a text that I and the other students would approach, at best, only about three weeks from the date of appeal. I felt a sense of annoyance…that’s not the way, at least, not publicly! Is it possible that she was also nice? Curiosity drove me to follow her throughout her university studies and beyond, discovering a gentle and ironic woman, brilliant and welcoming, deep and light at the same time. 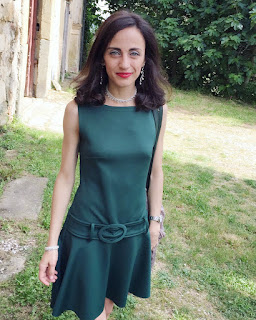 Anyway, her private life remained a mystery, she seemed to be a single par excellence. At first I even thought that love simply didn't interest her, she seemed to prefer by far a German Lied, a violin suite or a nice creamy cake. I discovered only later that she too was distracted by the boys and that they made her damn hard. She simply sold herself dear. Her innate spirit of independence was supported by years and years of meditative practices, absolutely necessary for any awakened woman who wants to deal with the so-called "strong" sex in a healthy way. 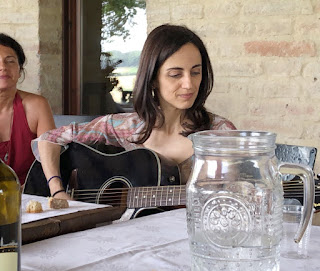 Basically, I think she embodies that role of preserving beauty and the sacred that Isolde Kurz hoped for women. This has sometimes led her to defend herself even from the women themselves. It is no coincidence that our friendship reached its peak when we said to each other, "Please, don't love me!", recognizing in that request a need for independence, an escape from that maternal protection that is sometimes found among friends and transforms affection into an all-female form of intrusiveness.
Now I can tell you: emancipated from the idea of the male as necessary and purified from the typical apprehension of Maternage, Sara shines as a Lilithian woman, material and spiritual at the same time, and bearer of a culture that with its irony and its acumen is able to constantly question. Enjoy reading!" 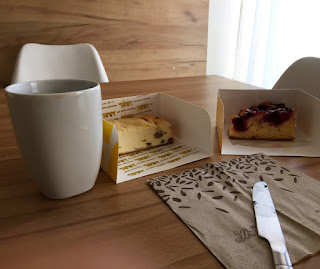